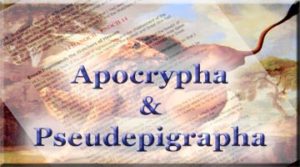 Keith’s Overview of his class:

The Bible is the most recognized & least understood interpretations of ancient texts. In this class we will look to understand the Bible & the people & texts that help form it.

After the last class is discussed, we will have a midrash to discuss the class & what people learned or wished they learned.
—————————————————–
The word canon is used to describe those books recognized as inspired of God.

Therefore, the Bible is God’s special revelation to man.

However, that leads to the questions,

• “What books are inspired and should be recognized as a part of God’s revelation considering there were many other religious books written during the Old and New Testament periods? Why were those books not included?”

• “Are any inspired books missing?”

• “Are there any books that should not be included?”
Keith will talk about apocrypha & pseudepigrapha writings.
Apocrypha — biblical or related writings not forming part of the accepted canon of Scripture.

The pseudepigraphical books were written anywhere from 200 BC to AD 300. They are counterfeit or unauthentic works written by unknown authors.

Some of the reasons these books were rejected – 1) they were written under false names, 2) contained historical errors or anachronism. Some of these books would be: The Books of Enoch, the Book of Noah, The Testament of Adam, Testament of Job, the Epistles of Barnabas, etc. They are not inspired by God. Therefore, these books are not part of the canon of Scriptures.