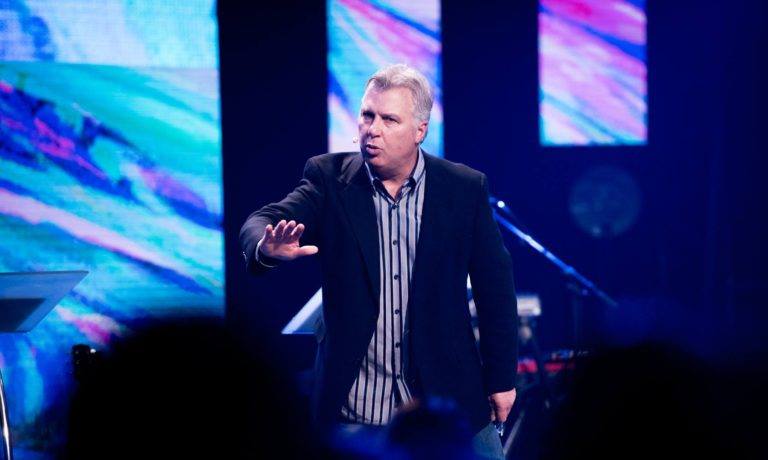 This Sunday, April 22 at 10 AM
We will be having a guest minister – Rev. John George ministering.

For over 35 years, John George has preached the uncompromised Word of God and stands for righteousness in these Last Days. Known as a no-nonsense, straight-shooting preacher, John is a powerful voice for the new millennium, taking the body of Christ to the next level of purpose for their lives. He has a specific mission on his heart and mind – to bring a move of the Holy Spirit to the world and prepare God’s people for His coming.

As an international speaker whose materials continue to fortify churches, leaders and believers around the world, John and his wife, Darlene, have traveled extensively since 1985 throughout the nations. He’s personally trained leaders from over fifty nations,and has ministered the Word of God with signs following on four continents.

John is known as a mentor to ministers and church leaders around the nation. His straightforward and bold preaching, mixed with a lifestyle of Bible convictions, has caused him to be known as an End-Time minister with a prophetic voice. He feels called to promote right-living in these Last Days and help as many hurting people as possible with the power of the Gospel of Jesus Christ.

John is well-acquainted with solid leadership principles, having experienced great opportunities under so many great and godly leaders. He understands teamwork and being a part of a vision greater than self. John emphasizes true Bible discipleship and strong leadership to get the End-Time job accomplished for the glory of God. He is often quoted as saying, “Bible leadership is far more about relationships and accountability than information.”

John and Darlene have been happily married since 1981 and have two married, adult children and six grand-children, all faithfully serving the Lord.